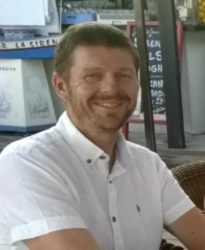 When it comes to choosing dental blogging services – Don’t let it become your ‘Merda D’artista’ moment!

On Sunday morning, my partner Julie was out in the garden tackling a problematic Eucalyptus tree, so it gave me a good opportunity to write this blog post as I’d been putting it off all week. Well, the truth is that I’d started it on several occasions, but I was having a severe case of writer’s block.

Eventually, I stumbled across an old article in the Guardian Online from 2007, and it got me thinking.

It was entitled ‘Shit! Manzoni’s Work Really Doesn’t Do What It Says On The Tin’

Okay, so the title definitely piqued my interest, but it also epitomized the lunacy of the art world and, more importantly, the crazy stuff that people are actually willing to buy.

In 2000, the Tate Gallery in London paid £22,350 for a tin pertaining to containing the excrement of Italian artist Piero Manzoni. Yep really!

In 1961 the artist reportedly filled 90 cans of ‘Merda D’artista‘ (Artist’s shit) as a means of exploring the relationship between art production and human production. This was just 2 years before his untimely death at the age of just 29.

While that may sound crazy in itself, in August 2016, at an art auction in Milan, ‘Tin No. 83‘ as it was entitled, was sold to an anonymous bidder for a staggering €275,000. It had been valued according to its equivalent weight in gold.

While that may be bizarre enough and more than eludes to the fact that the art world has gone mad, there’s a twist to the story.

It turns out that memoirs written by Agostino Bonalumi (an associate of Manzoni) were recently discovered. In them, Bonalumi claimed that Manzoni’s cans didn’t contain excrement at all but plaster of Paris.

Because the cans were made of steel, they couldn’t be x-rayed or scanned to define what was really inside. What’s more, if opened, it would completely devalue the work.

To this day, we still don’t really know what’s in those cans as they have now become too priceless to open. In 1989 however, a French Artist named Bernarde Bazile did open a can out of curiosity, only to find the contents contained a smaller can which, for some strange reason, he never opened.

So why am I telling you this… good point!

Quite simply, while the contents of the ‘Merda D’artista’ might not do what it says on the tin, nor might the dental blogging services you choose.

How, for instance, do you know that they can deliver consistency and quality, aside from the obvious, testimonials, samples etc…

Here are some pointers…

Dental blogging services –  Do they blog?

Take a look at their website. Do they practice what they preach? In other words, do they run a personal blog? If so, how often is it updated?

If the answers are ‘yes‘ and ‘frequently‘ in that order, then it’s a good indication that they can ‘walk the walk’.

Conversely, if the last post on their site was, say, July 2014 – then you have to consider whether they really are a good fit for your business and, even better- give them a wide birth!

Do they actually understand dental concepts?

Again you’d think that it would be a prerequisite. After all, they’re marketing themselves as dental blogging services, right? Well, similarly to Manzoni’s cans, everything might not be as it seems…

In many cases, companies offering blogging services act as a middleman since often, the majority of the writing is outsourced to a third party. Either that or the service is simply a sideline to their larger SEO agency.

Either way, they are likely to use ‘writer’s for hire‘ who make their living banging out articles on a whole range of subjects. While I’m certainly not knocking generalist writers, it comes as no surprise that they’re not going to be experts on all industries/niches that they write in.

With this in mind, you then have to consider the type of articles that you might receive. People are inundated with informative content, so yours really needs to stand out from the crowd. This being the case, yet another article on the advantages of dental implants‘ probably isn’t going to cut it.

Instead, blogs that take a viewpoint, a stance, tell a story or deliver up-to-date industry news are the only real way to go. Ultimately, and controversially, the only way to properly achieve this is if the writer has extensive experience writing in this niche or has worked within the industry.

If you need help getting your dental practice blog off the ground, then give me a shout and let’s talk about how I can help you. 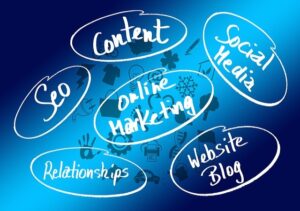 5 Reasons Why You Need A Dental Content Expert – Dental Writers

Dentists know they need a steady stream of content to help bring in new patients, yet they don’t have the time to write it themselves. This is why many dental practices hire out their content writing needs to a third party.
However, the need for a content expert is vital when going down this route. Here are 5 reasons why.

Table of Contents Introduction As dental content writers, one of the questions we’re often asked is, ‘how long should a blog post be?’ A quick 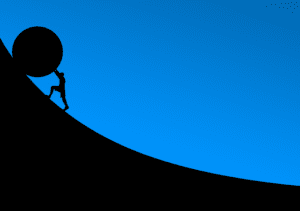 Why Consistent Blogging Matters – The Importance of Continuity and Quality

Listen to any marketer, and they’ll give you a million and one reasons why consistent blogging matters. Blogging is a cost-effective and powerful marketing tool